From glitched End portals to endless ravines, numerous things could be explored. The pocket edition seeds are used on the Bedrock editions of Minecraft.

The best experience of Minecraft Pocket edition seeds is obtained in the survival mode. There are a lot of things to do, ranging from building an extravagant base to getting hold of the best armor and tools. Finally killing the Ender Dragon.

Passing through all these the player needs to survive the long period in-game.

When a player plays in the Survival mode it is not that hard as compared to playing in the Hardcore mode. If the player dies in the hardcore mode the player does not have access to their world.

Even if you respawn, you would not like to die in your own world. The first night at Minecraft is the toughest as players have very limited resources. If the player in such a situation moves out there are chances to be easily killed by any mob.

Other crucial factors that affect the players’ survival are the area where they spawn in the new world. In addition, villagers and other structures provide the players with the benefits to survive the game.

In this article, five of the best Minecraft pe seeds 2022 are highlighted that will help players survive the game.

To make circles in Minecraft is very difficult. On the other hand, the ravines are long rectangular-shaped structures. Using the circular ravine seed brings the unique seed that is deep and leads to lava. When a player walks down the ravine, a mineshaft peeks from certain blocks at the intersection with the ravine.

There are rare conditions when locations are near the spawn, mostly it is away. The loot from the Mineshaft will take effort to load the seed. In addition, the players need to be cautious digging under the lava won’t lead to anything, but Bedrock.

This seed has an uncommon desert village that is found in even the greatest Minecraft Java village seeds. Vertical communities sprout on isolated savannas. However, this seed will give you a multi-level, vertical desert settlement, making it one of the luckiest seeds in the Minecraft pocket edition.

As people and farmers navigate their way over the sheer sides, the vertical hamlet provides an incredible perspective. To add to the intrigue, the village’s topmost home spawns on the snowy peak and is linked to the village’s rear. The ones at the bottom, meanwhile, spawn at the crossroads of badlands and desert.

3.     Large Villages Next to Mansion

The top Minecraft pocket edition seeds list continues with an intriguing woodland spawn region. A large hamlet with dozens of residents, an iron golem, and numerous basic chests and farms to pillage sits just adjacent to where we spawn. However, when you approach the settlement, you can see the massive hostile house hidden behind it.

We spawn adjacent to a large settlement amid a forest in this seed. On one side of the settlement is plain, while on the other is a river that runs through the forest. This is the biggest settlement I’ve ever seen in Minecraft. But it isn’t the point of our visit. A glitched ravine may be found in this seed if you teleport to a certain area. It’s called glitched because it makes a recurring pattern of shattered bricks, which never happens in Minecraft.

The above list consists of the best Minecraft PE seeds for survival required by any player. You consider looking into these resource packs or some similar to them. 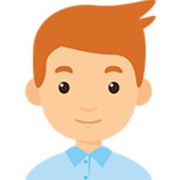